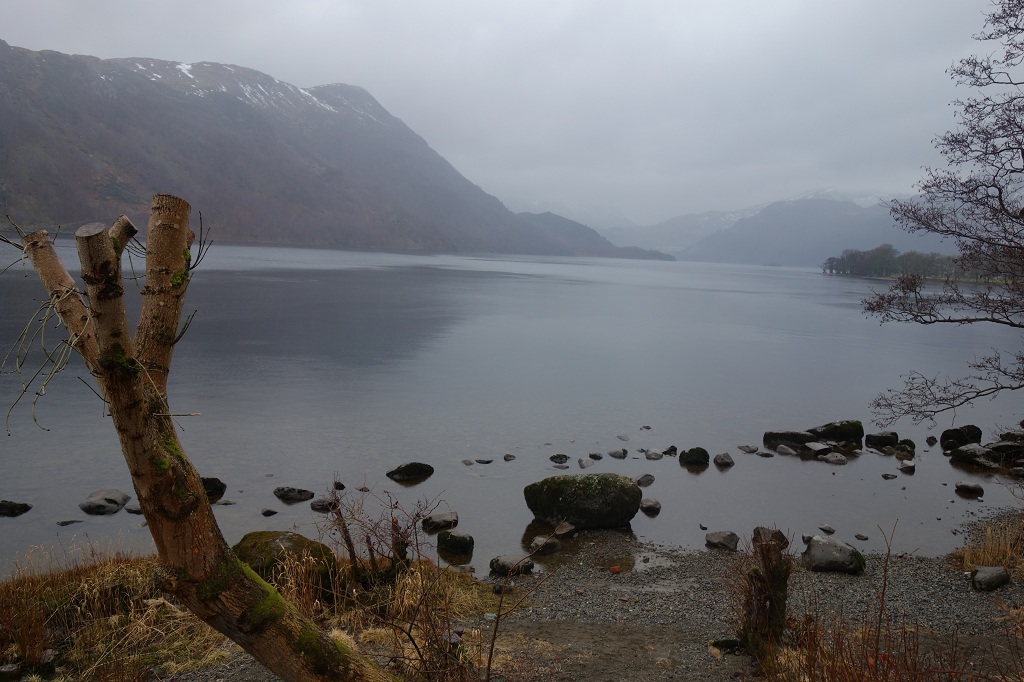 Have you ever been to the Lake District? If you haven’t you should. You really should. It’s an absolutely gorgeous area and probably my favourite place in England.

I have been to the Lake District a few times in my life and it never disappoints. Quaint English villages, beautiful steam trains, dramatic landscapes and sprawling lakes are all standard features of the hugely popular area (they even have a pencil museum. Seriously). That’s why I booked myself two nights in an Inn nestled deep in the Lake District at the start of March. My plan wasn’t to do the usual tourist thing: I have been to Keswick, Kendall and Ambleside. I have sailed on a lake. The real plan for this weekend was to bag my first ever English hill: Blencathra.

England, however, seemed to think it’d be more fun to snow. A lot.

On the weeks before the trip, Britain was battered by snowfall. Car crashes, services interrupted and a great deal of snow on the hills. My relaxing English weekend was on the brink of being ruined. As the weekend approached, thankfully, the weather began to break and it looked like one day, the Sunday, would be good for walking. That’s all I needed!

My plan for the weekend was, on Saturday, to head south and, once in England, to visit Penrith. I’d never visited Penrith and as ‘the heart of Cumbria’ I felt it was a must-visit on my way down. This stop also had nothing to do with the presence of the famous John Norris tackle shop in the town itself. No way.

Once I had visited Penrith I’d travel slowly to the Inn, with ample time for photo stops, to get a good night sleep before launching my assault on Blencathra on the Sunday. Monday would be a pleasant drive home with a few photo stops. 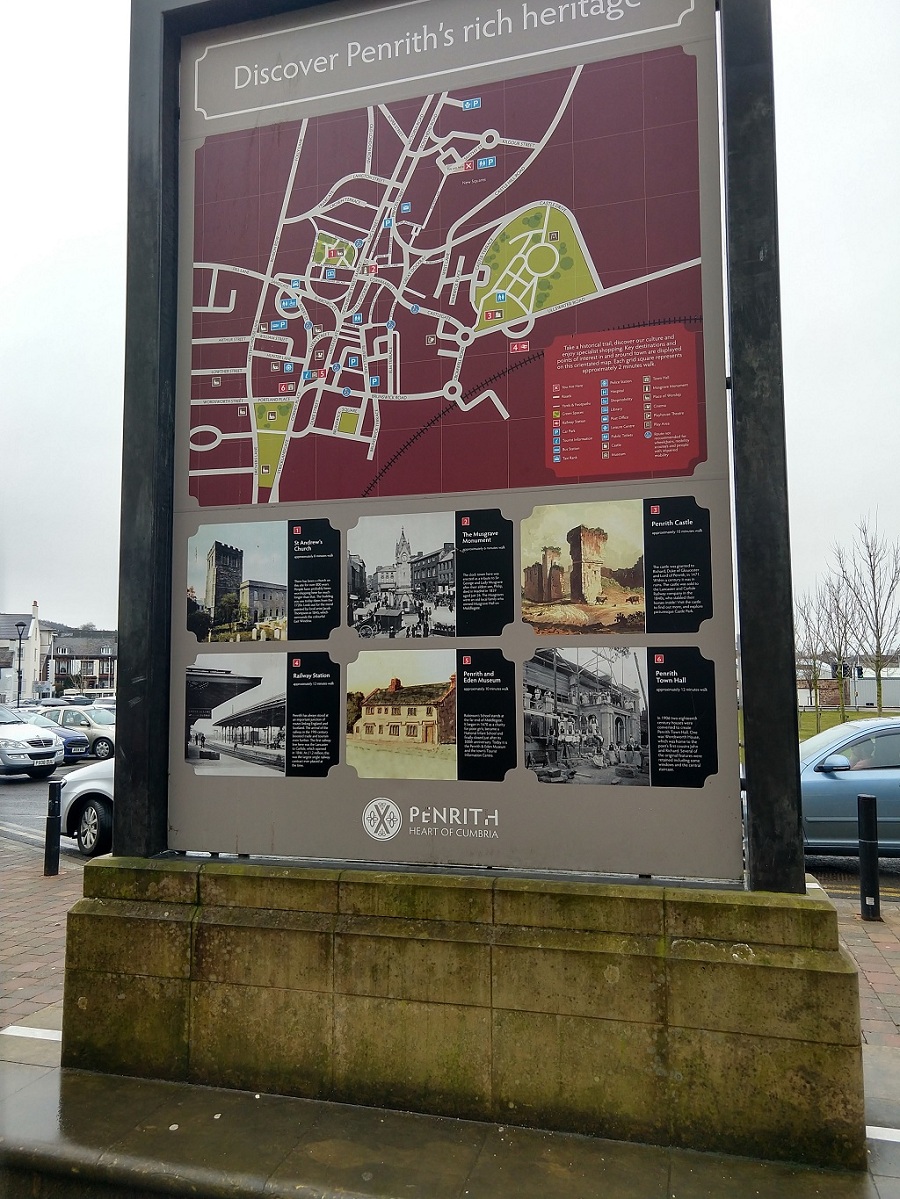 The Heart of Cumbria

I arrived in Penrith at 2pm and it was as dull and drizzly as I’d expected! This wasn’t going to dissuade me and I headed into the town centre and it wasn’t long before the charm of the town began to work its magic on me.

With my interest in history I knew I needed to head to the ruins of Penrith Castle. The castle sits in the middle of the town atop a gentle hill and it is completely free to have a wander around the ruins. I’d highly recommend it as English Heritage have provided a variety of interesting notice boards for you to learn the history of the structure. 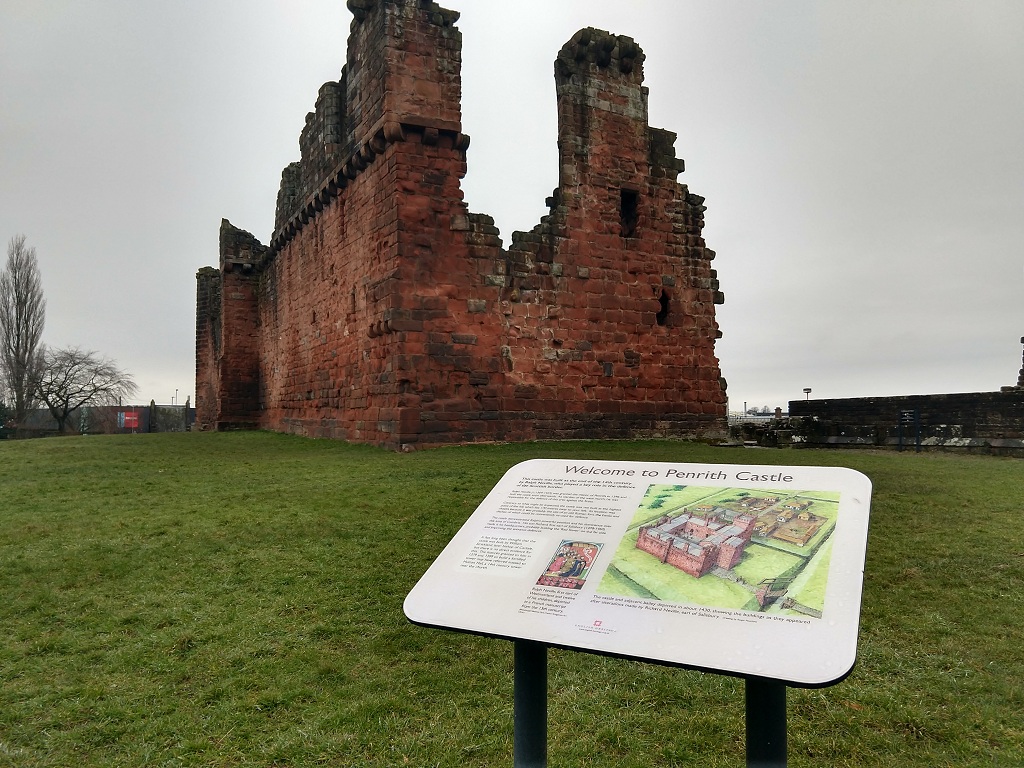 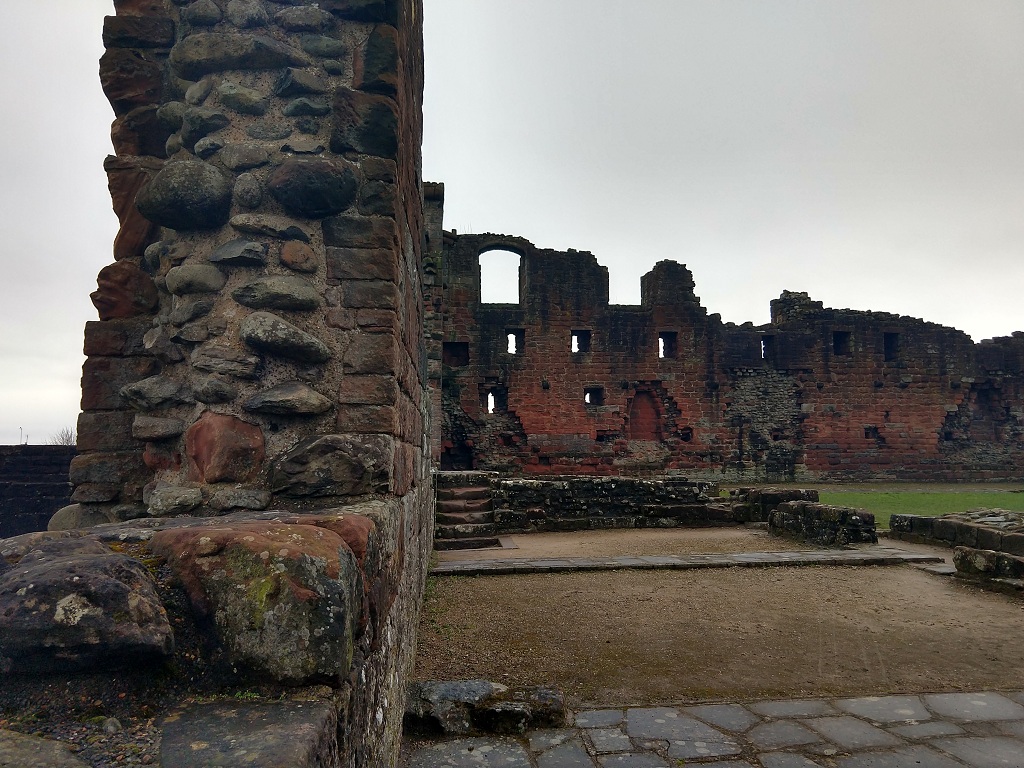 Despite the castle’s ruined state, I spent quite a while here reading the information panels and imagining what the castle must have looked like. I was also enjoying the sweeping views over the town itself, which was my next target. It’s a short stroll from the castle into the town centre and I was loving the feeling in Penrith. The old traditional barber shop, the traditional bakery…Penrith has a lovely feeling of modernity while still retaining its old English charm.

I’d initially only planned on spending an hour in Penrith but after the castle I spent quite a while wandering around the town, peering into shop windows and eventually I found the Penrith and Eden Museum (which houses the Tourist Information Centre) and I could not resist having a look! While small, I’d really recommend popping in for a visit. The centre has a wide variety of leaflets for the huge variety of things to see and do in the Lake District and the small museum is fascinating. When I was there, they had a small exhibition on the Crimean War, an exhibition on the geology of the area and a variety of other interesting items and artworks. 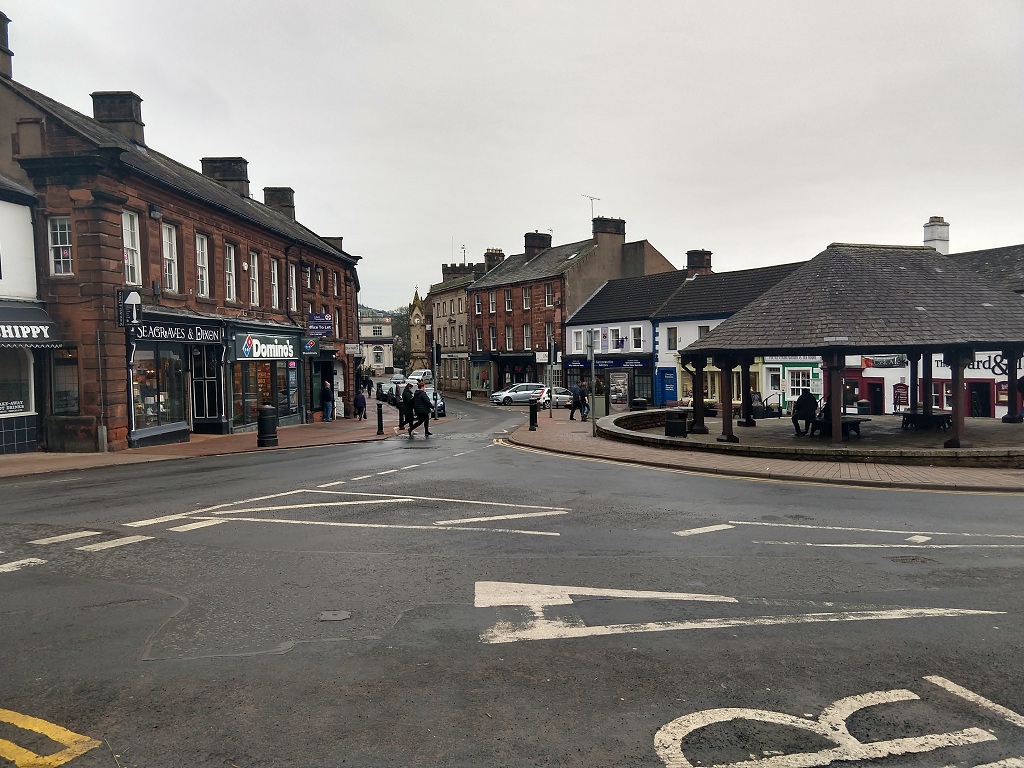 After I’d bought a new fly box at the tackle shop.

My base for the weekend was The Brotherswater Inn which is situated in the tiny village of Hartsop, which is about 2.5 miles south of Patterdale. I really love this area of the Lake District, just south of the Ullswater Lake and nestled in the dramatic Kirkstone Pass, it’s an achingly pretty area. The weather, however, was worsening and I was not hopeful of achieving much with what little daylight I had left. I was eager to just reach the Inn and enjoy the scenery. The road runs along the Ullswater lake and I managed to snap a few pictures of the gloomy lake as the rain fell. There was a boat trip going on and I wonder if they enjoyed it!

When I finally arrived at the Inn, the weather had worsened again and my focus was to get indoors, unpack my things and get something to eat! Pictures of the Inn and surrounding scenery would have to wait until part 2. I certainly wasn’t expecting the amazing time I would have on Blencathra the following day. 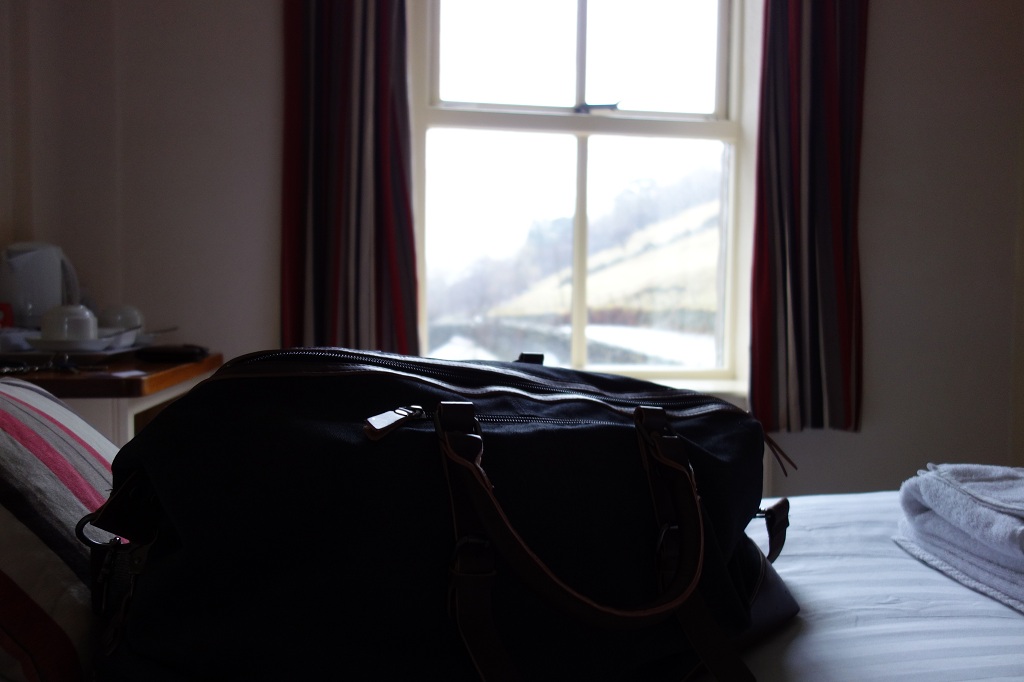 A Welcome Relief After A Long Day… 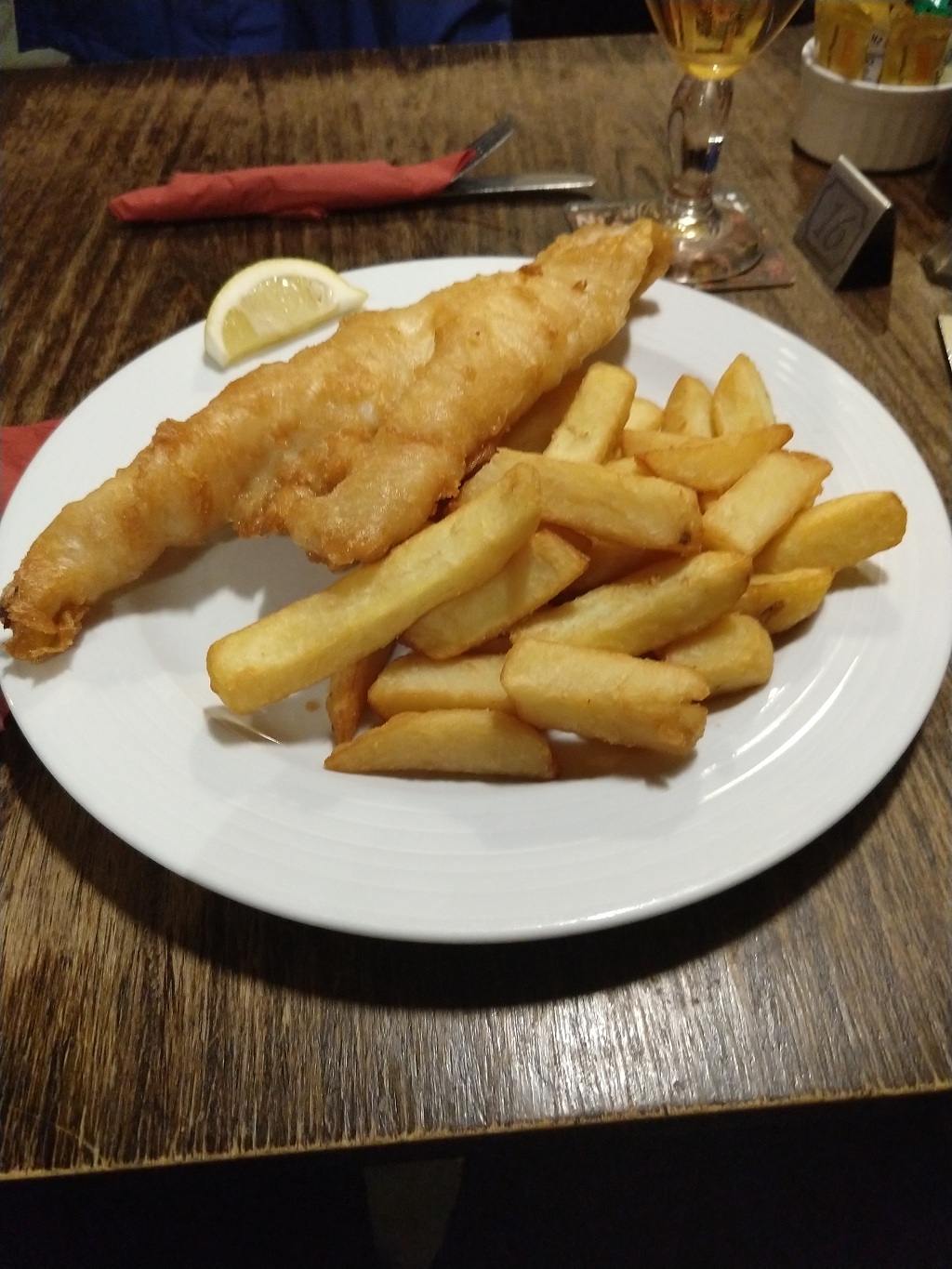