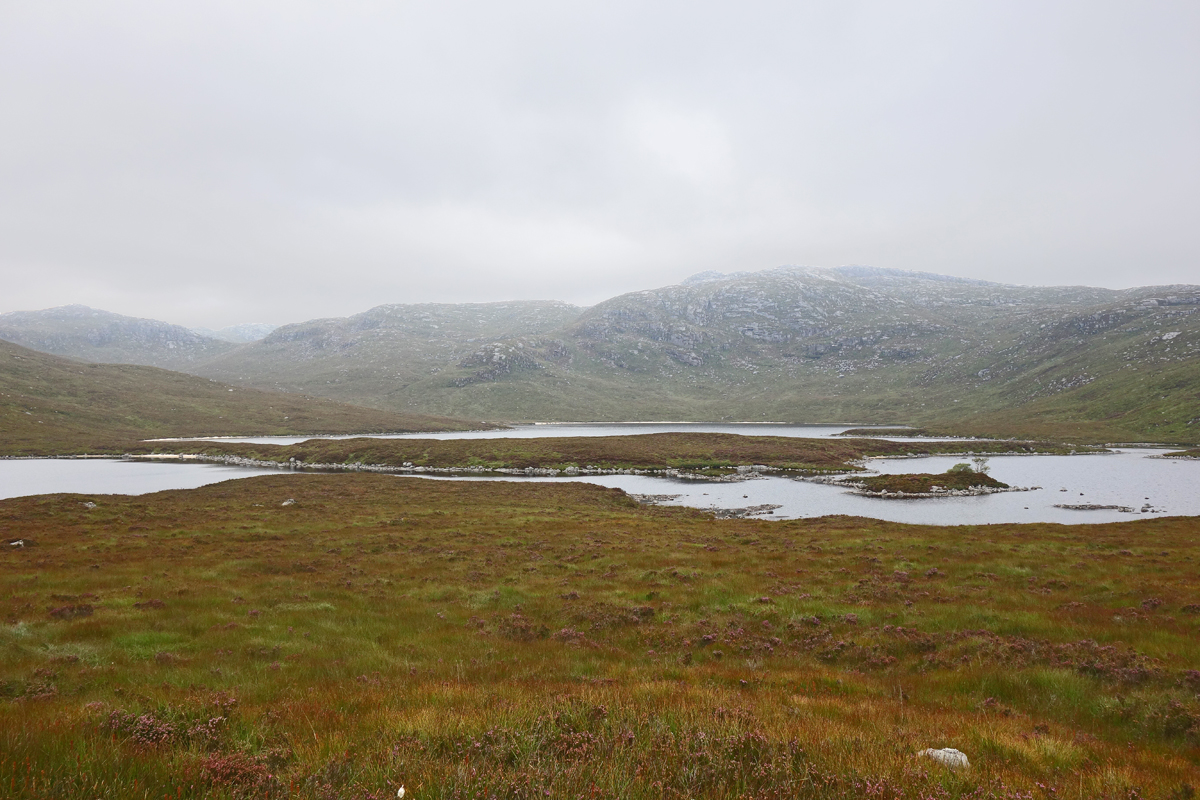 Glen Trool is one of my favourite places in Dumfries & Galloway (and the south of Scotland in general), offering easy access to a wild, remote-feeling glen while being just a 20 minute drive from the bustling town of Newton Stewart.

With copious free parking, walks of all difficulties and lengths and offerings of sweeping views over Loch Trool and the glen itself it really is a place not to be missed. If you can’t tell it’s a place I’ve been quite a lot, including my wonderful ascent of Merrick (the biggest mountain in the Southern Uplands) and various other walks (including one out to Loch Dee, a future blog post certainly!).

My objective for this walk was something pretty special: to climb over 1,100ft to Loch Valley and Loch Neldricken and fly fish for wild brown trout.

Parking at the end of Glen Trool opposite the wonderful Bruce’s Stane, I followed the signs for ‘Loch Valley’ and the ‘Loch Trool Circular’ rather than the route up to Merrick like I’d usually do! (I’ve bagged Merrick before, if you’d like to read about it click HERE.)

After a good bit of descent and twisting and turning besides the Glenhead Burn there is a very small track that splits off from the main path and immediately begins to climb upwards.

The Thin Track Weaves Through the Ferns

Looking Back to Loch Trool

Totally Not Posing (Loch Dee is over the ridge behind me, with the track leading out to it on the right)

Underfoot the path is…not great. The ferns and reeds cover the path making it a smidge difficult to see where you’re going. There are occasional little burns to jump over and large boulders to avoid. It’s all a little bit awkward and I’d recommend you be careful as you ascend.

Eventually, the track passes through a stone dyke and climbs through a rocky section before emerging at the opening to the little glen with Garland Burn running through it. I stopped to take in the beautiful views and pushed onwards on the, thankfully, easier path.

The Little Glen With the Gairland Burn

Halfway Through the Glen

The Beautiful Falls Below Loch Valley

This little Garland burn flows out of Loch Valley at the head of the glen and this final push was marked by the wonderful sounds of the running (and crashing!) water. It was all very atmospheric and I was already dreaming of casting a fly at some wild brown trout.

Eventually, I came over the ridge and got my first glimpse of Loch Valley.

Looking Back to Loch Valley

Loch Valley is a beautiful ‘L’-shaped loch and I couldn’t help but repeat ‘wow’ as I took it all in. There was a gentle ripple on the water and I couldn’t wait to fish it but it wasn’t my first stop.

Behind the Ridge Ahead: Loch Neldricken

My First Sight of Loch Neldricken

If Valley was pretty, Neldricken was gorgeous. Cragged hills at the north end, Merrick towering to the west and a lovely little island sitting in the middle with the loch wrapping around it. There were even a few beaches.

I decided to make one last push to the little island before I set my rod up. It had a little beach and would give my great scope to fish in all directions (plus, I figured it’d be an easier spot to get set up).

A few dozen stumbles into heather later and I was beginning to question the wisdom of this decision. “I could be fishing by now” I thought to myself as my foot snagged on a bit of heather, almost sending my careening into boulders. “It will be worth it” was my mantra and as I arrived on the beach I knew I had been right. The water was gently lapping on the soft sand and a feeling of total tranquility came over me as I started to tackle-up.

This is what makes wild brown trout fishing in Scotland so special. It doesn’t matter what you catch, just being there is enough.

I’d brought my 4-piece Hardy Shadow: it’s light and is easy to carry. Soon I had it set up and was casting away.

It was pretty late in the season. “Just one fish and I’ll be happy” I thought repeatedly to myself.

The Little Island Beach Where I Started Fishing

“These fish are survivors and will perform acrobatics in order to avoid capture.” – Let’s Fish

Before I knew it my dad, who was with me on this trip, was shouting at me “One’s on!”. I could see the bend of the rod and his reel squealing as a wild brown trout fought furiously against him. I ran to him with my net ready (falling more than once) and we landed a beautiful 1/2lb brown trout.

We released the beautiful trout and I walked back to the little beach, trying to get my breath back. Running through knee-deep heather with a fishing net isn’t as easy as it may sound.

Not long later I had one hooked too (albeit a good bit smaller!) and once again the fight was great fun as it thrashed and jumped clean out of the water. I was just grateful we’d caught some fish in such a beautiful place.

I lost track of the time we spent fishing Loch Neldricken, as I flipped between fishing and taking footage for the blog. Eventually, we had to pack up and head back to Loch Valley to be able to say we’d fished that too. We caught nothing more and as the sun was setting we reluctantly packed up and began the long walk home.

I also made a mental note to return to the area and fish the even more remote Loch Enoch.

To really appreciate this stunning place and the beauty of fishing there, I created a video of the day. I’m not sure my words and pictures can really do it justice.